The time sweating on hot summer days, time freezing through sub-zero temperatures during winter projects, quite literally blood, and lets not forget the rack of debt that is modified money, all plays a part in the love that man has for his modified car.

So when the modern day modified man finds a woman that put’s up with all his modified antics, and along arrives the day that she announces she’s pregnant, the modified man becomes instantly heartbroken with thoughts of loosing the ‘lets face it’ more secret love of his life, as opposed to being excited for what’s to come.

The amount of men that sell their cars, due to having to buy something more sensible, affordable, and spacious for the on growing family is surprisingly and unfortunately a large amount, and one that is heightened with jokes within the car junky world. But have no fear all modified, baby awaiting men! Skoda have found a way for you to still enjoy mods – by in fact pimping out your babies ride! Oh yes.

Skoda have created the ‘Mega-Man Pram’ concept.  Or in other words, a small monster-truck for your baby.

With it’s 20-inch alloy wheels, you’d  have no problem turning heads at play group. Pushing a pram would never be more manly. 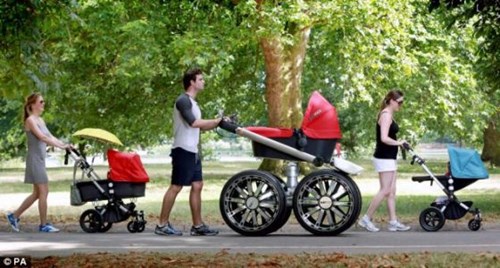 The pram is built on an ‘all terrain’ basis, with its all terrain tyres and sports seat. So come rain, shine, dessert or Forrest, you’d be able to push your baby in modification style. 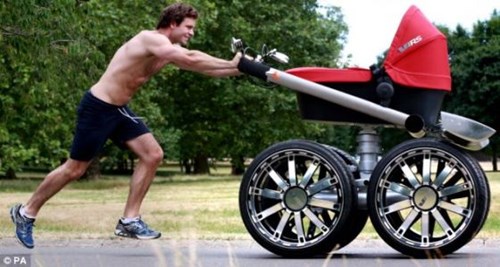 And, If you’d be worried about missing your old modified car too much, the man-pram even has brakes with brake lights, and headlights.  It’s pretty much the same. 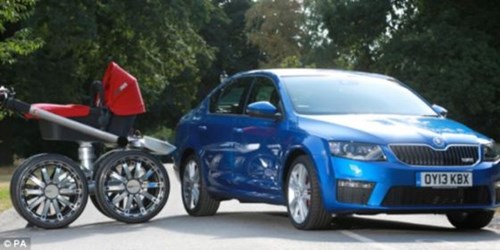 And if that wasn’t enough, it even has hydraulic suspension. Watch your baby bounce! 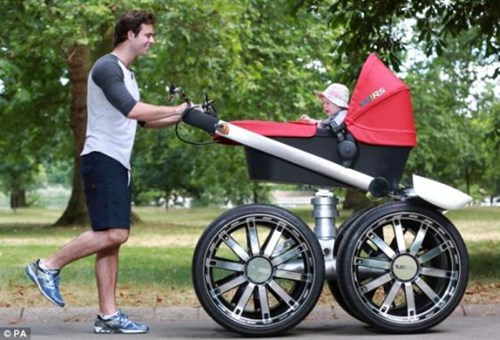 Unfortunately, the man pram isn’t available in stores, but we think it’d be something well deserved for the modern day modified dad.

Images courtesy of The Daily Mail.