“Pitch Circle Diameter” (PCD) is measured in millimetres (mm) and is the distance frombolt-hole to bolt-hole, for wheels that have a 4 and 6 bolt stud pattern. For the 5 bolt stud pattern, you need to visualise an imaginary circle which goes through the centre of each bolt hole (see diagram) and it’s the diameter of that circle. The most common PCD fitments are 4×100, 4×108, 5×112, 5×114.3 and 6×114.3. 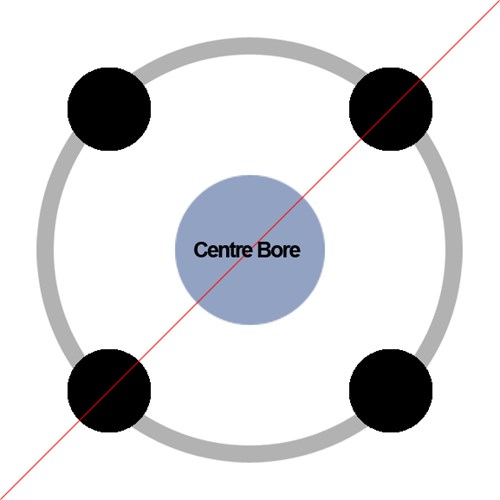 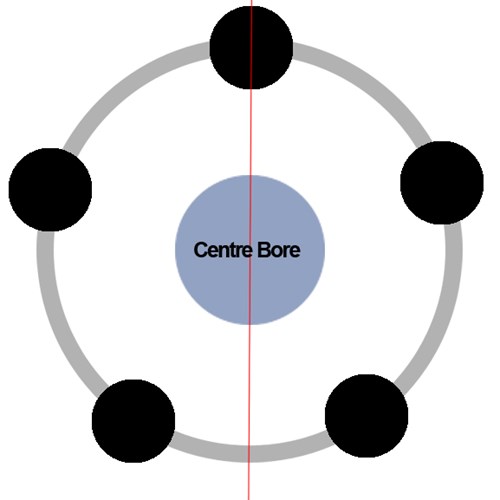 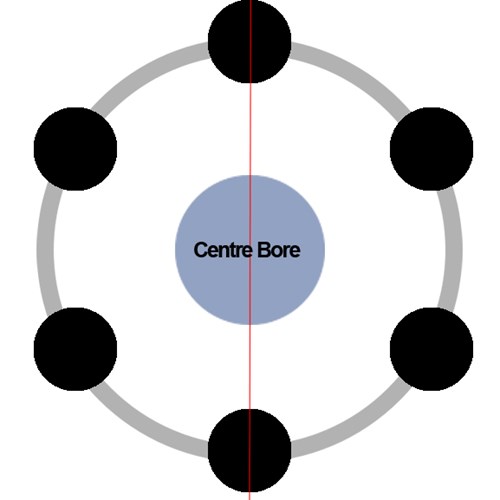 This is the distance between the centre-line of the wheel to the inner-face of the hub (the face which is in direct contact with the hub). The off-set or ET can be either a Positive ET or a Negative ET, and just like the PCD, offset is also measured in millimetres (mm). Examples are shown below of both a Positive ET and a Negative ET. 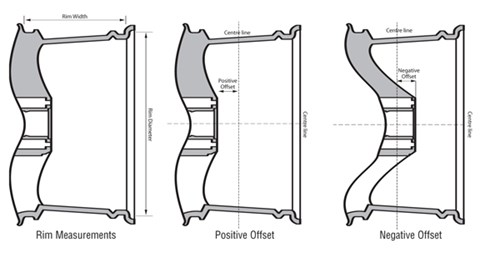 Also known as the hub-diameter speaks for itself, it is the diameter of the centre hole in the middle of the rim. It’s as simple as that!